CLICK HERE to access and electronically submit your new membership form. Just fill in the blanks and click the Submit button at the bottom of the e-form.

END_OF_DOCUMENT_TOKEN_TO_BE_REPLACED 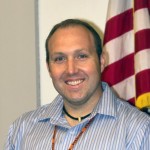 As we enter our last year of the current contract, we are heading into another round of contract negotiations. This can be a long and drawn out process, sometimes taking several years. A team of very competent individuals has been assembled to take on the charge of writing our next contract.

UUP is the exclusive bargaining unit between the New York State Executive Branch (Governor’s Office) and those serving as New York State public employees with a 26P job title.

Some of you who have never been union before may not be aware that this is precisely where your 1% of your salary goes. It goes to pay for the ability for the union to conduct daily business, listen to members’ concerns, enforce the agreement between NYS and UUP, and ultimately bring these concerns to the negotiations table at time of the contract renewal.

END_OF_DOCUMENT_TOKEN_TO_BE_REPLACED

Can’t find it on the redesign?

We redesigned the Upstate Medical UUP Chapter website. If you cannot find the information that you’re looking for on the new site, please try the old site, which is located here.